Backing up your virtual machines with Veeam Backup and Replication to our ISO ISO27001 classified data centers. The modern data center with tjäsnterna Backup as a Service (baas) and Disaster Recovery as a Service (DRaaS)

The infrastructure of many companies and organizations today is revitalized. Backup and restore from backup is one of the biggest challenges IT / backup administrators faced. Most often wrestle with the problem in that they have to have an agent on the physical server for backing out of the virtual server while they need an additional agent installed on the server operating system with the associated agent such as Exchange Server to enable recovery out of single items (Exchange Brick Level Mailbox restore) for example, restoring the occasional e-mail or such contacts. 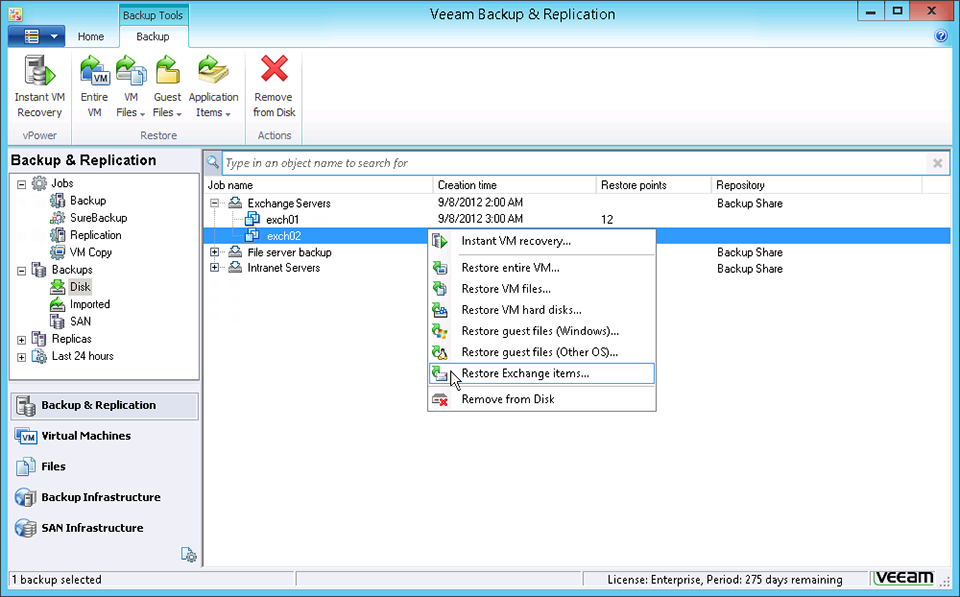 To restore deleted items from a SharePoint site is usually a nightmare for administrators as they usually require re-reading out of the whole config, or content database. It is a time consuming operation if such should only restore a Microsoft Word document when such content database may be several hundred GB. The solution is Veeam Explorer for Microsoft SharePoint. By back up the SharePoint farm with Veeam has been as an administrator the ability to re-read only the missing file without any extra demanding work with separate databases. To re-read the file requires no more than 5 clicks. You also get the choice if you want to re-read the file to Des original destination, re-read the file to another destination or send the file by e-mail as an attached file 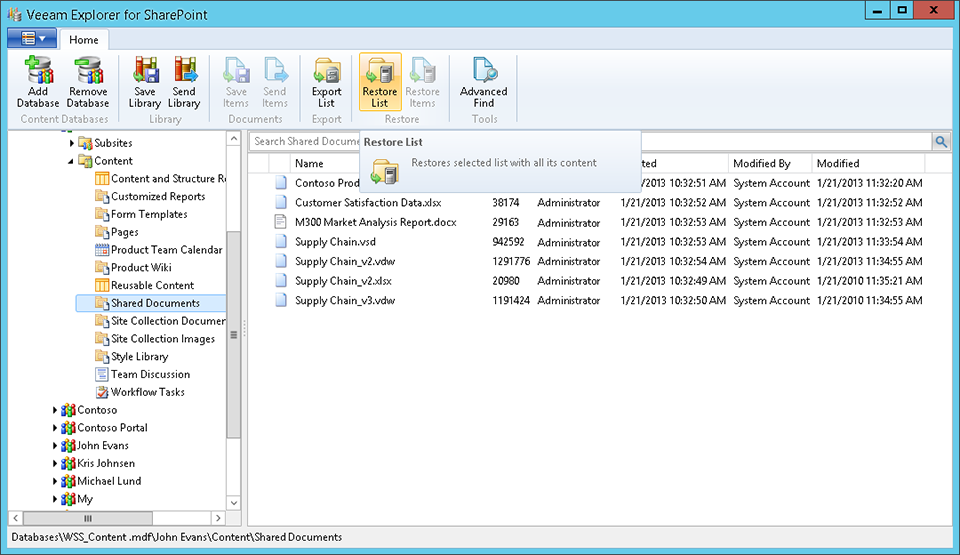 Contact us for a discussion regarding your IT projects.